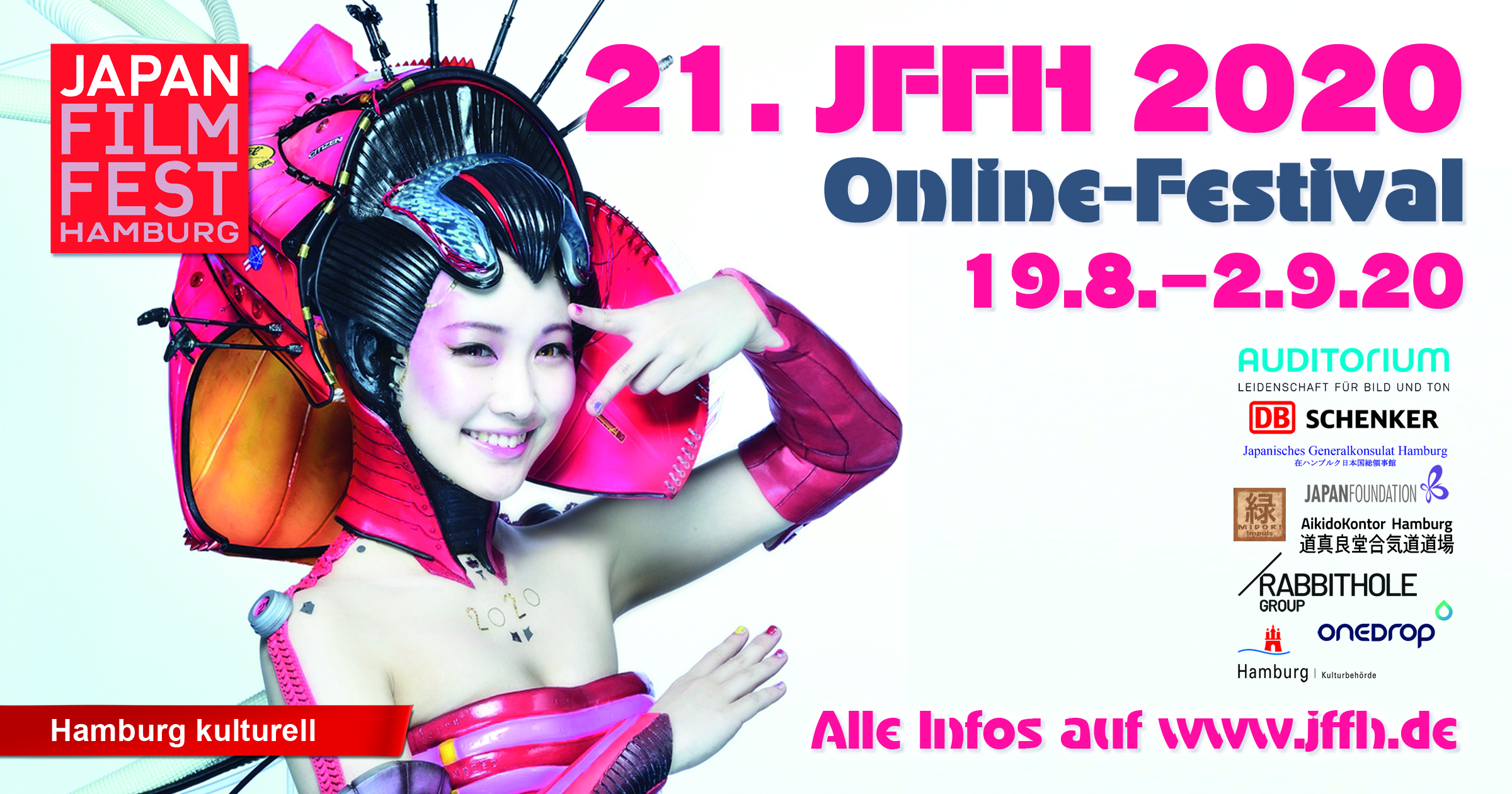 these were difficult months in which we as the organizers of the JFFH intensively thought about how the film festival could be safely organized this year despite the restrictions in the cultural scene. With special consideration of the health of you, our guests and viewers, we as team of Nihon Media e. V.  finally made the decision not to hold the Japan Film Festival Hamburg in the usual form as a classic cinema festival. However, this unusual situation also offers an opportunity to rethink the film festival and open it to a global audience, which is why the JFFH 2020 will take place as pure online festival for the very first time.

Under the motto Breaking Free - From Japan with Love, we free the JFFH from its chains and broadcast Japanese cinema around the world. You as the fans of JFFH are getting the chance to enjoy the latest films from Japan in your living room at home. In close cooperation with our partner Leihkarte.de we are streaming our complete film program for the first time, ranging over 50 films disposed over approx. 40 film blocks, from colorful anime to ambitious short films and artistic arthouses to wild genre hits. In order to be able to take full advantage of this offer the JFFH 2020 will be extended to complete two weeks and will take place from August 19th to September 2nd.

The online ticket will cost 5 euros per film block and can be purchased on our Filmfest website. We will announce more details about this and our film program here soon. A large part of the income from the sale of online tickets goes directly to the Japanese filmmakers who have just been hit hard by the Corona crisis. With the purchase of a ticket you are not only supporting the festival itself but also the Japanese cinema as a whole.

In addition to the film offer we are also presenting free video contributions about the film festival and exciting interviews with Japanese filmmakers.

Join us and celebrate - especially now in these difficult times for the cultural scene - the creative energy and exciting diversity of Japanese cinema with us. From Japan and Hamburg with Love!

Please stay with us,

Your team of the Japan-Filmfest Hamburg