Alarm in Tokyo! Green vampire monsters from outer space are reaching for world domination! But they have not expected the fearless gorilla-vampire-detective Dr. Monkula from planet F. Together with his terrestrial allies, newspaper reporter Azumi, the sheriff of Tokyo and Rider Girl he courageously confronts the extraterrestrial invaders!

In the 1970s, superhero vs monster-series like "Kamen Rider" were a very popular genre in Japanese television. German director Alexander Iffländer perceives his shortfilm "Dr. Monkula" as a lovingly hommage to this golden era of TV in Japan. During several shootings and with several Japanese volunteers on vacation in Tokyo, he made a wonderful comical trailer for a series. With authentic music, flashy rubber masks and costumes related to tokusatsu series imagery, "Dr. Monkula" is pure cinematic bliss and nostalgia. 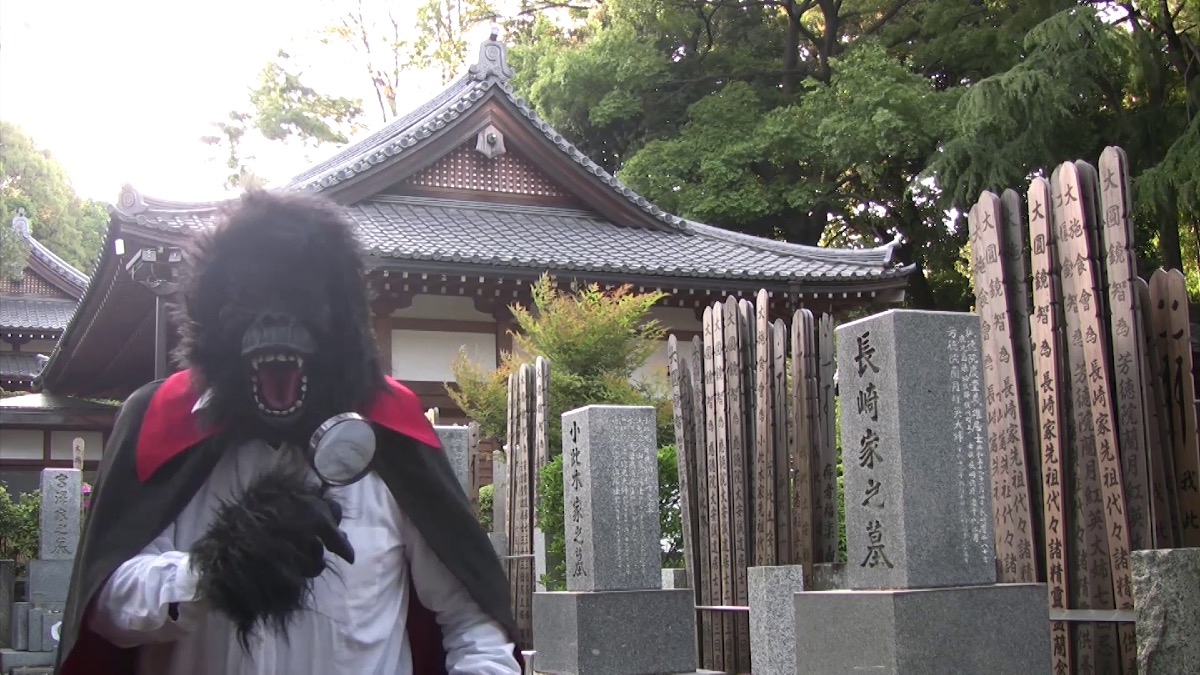